Over the past two days, Biarritz has hosted the G7 Summit. Originally a meeting behind closed doors for seven Heads of State and Government, the Summit adopted a completely new format this year. Civil society made almost unprecedented contributions, and several countries with growing regional influence were invited to take part. 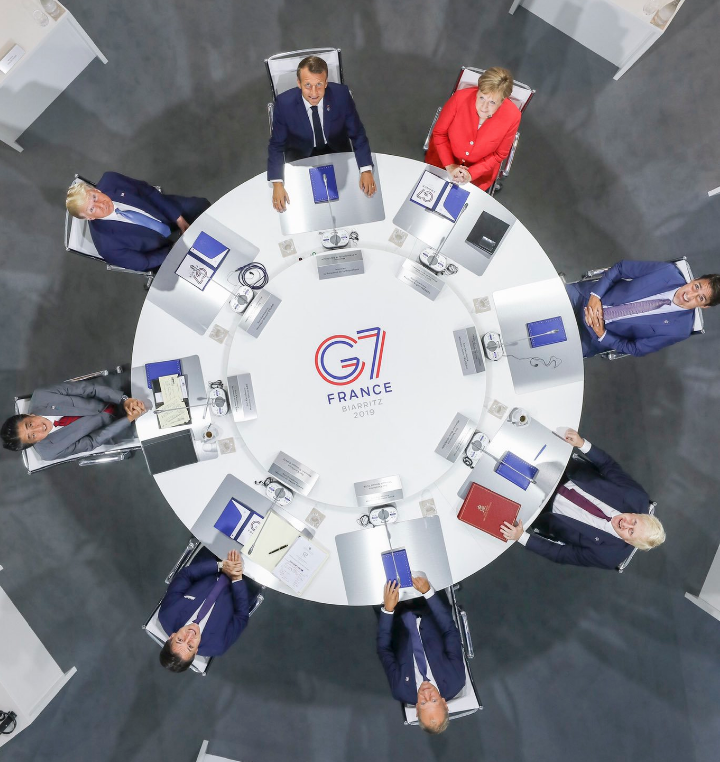 A series of tangible actions were decided on to support the survival of the Amazon, stability in Iran, global trade, the expansion of Africa, gender equality, and the fight against inequality.

The French President wanted the G7 Summit to be useful – it was.

A one-page document summarizing the main decisions made on global crises and trade can be viewed here:

The G7 Leaders wish to underline their great unity and the positive spirit of the debates. The G7 Summit organized by France in Biarritz has successfully produced agreements by the Heads of State and Government themselves on several points summarized below:

Trade The G7 is committed to open and fair world trade and to the stability of the global economy. The G7 requests that the Finance Ministers closely monitor the state of the global economy. Therefore, the G7 wishes to overhaul the WTO to improve effectiveness with regard to intellectual property protection, to settle disputes more swiftly and to eliminate unfair trade practices. The G7 commits to reaching in 2020 an agreement to simplify regulatory barriers and modernize international taxation within the framework of the OECD.

Iran We fully share two objectives: to ensure that Iran never acquires nuclear weapons and to foster peace and stability in the region.

Ukraine France and Germany will organize a Normandy format summit in the coming weeks to achieve tangible results.

Libya We support a truce in Libya that will lead to a long-term ceasefire. We believe that only a political solution can ensure Libya’s stability. We call for a well-prepared international conference to bring together all the stakeholders and regional actors relevant to this conflict. We support in this regard the work of the United Nations and the African Union to set up an inter-Libyan conference.

Hong Kong The G7 reaffirms the existence and importance of the Sino-British Joint Declaration of 1984 on Hong Kong and calls for violence to be avoided.